Does your work environment speed you towards business success? 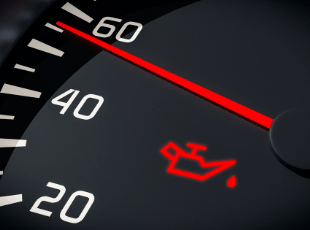 You wouldn’t really ever expect fully motivated people to need help finding the discipline and structure to get things done.

The world’s best sports coaches create an environment that supports world class results. It’s why Dave Brailsford insists on carrying mattresses perfectly suited to his cyclists to all hotels during the Tour De France.

Managing the cyclists’ environment works for Brailsford – Team Ineos (aka Team Sky) have won 7 of the 8 ‘Tours’ up to 2019.

Brailsford acknowledges that the environment they create for their team helps determine the world beating results they achieve.

A ‘good enough’ working environment does not deliver ‘world-beating’ or even ‘great’ results.

Improve your working environment and you’ll improve the results of your work.

Start with 4 helping hands here or read on for the full Bitesize Business Breakthrough.

In a similar way you intuitively know that, should you walk into a casino, the environment is designed to influence your betting behaviour. They want you to place your bets and keep placing your bets.

It’s why, when you’re winning, the casino will offer you an alcoholic drink (not out of kindness but to impair your judgement and keep you playing so they win some back?)! Even the casino restaurant is designed to entice you to go and bet.

It follows then that your working environment also has a big impact on your work behaviour and your results.

A behavioural trigger is any stimulus that prompts your thoughts and actions.

What’s important is that triggers repeat regularly and mostly go unrecognised! We respond to behavioural triggers without even thinking.

Triggers and the power of habit are unavoidable...

“Repetition of the same thought or physical action develops into a habit which, repeated frequently enough, becomes an automatic reflex.”

Rather than leave your work triggers to chance, decide on the work environment triggers that support and encourage greater success for you and your team.

Only if you choose the triggers in your work-place can you truly choose your behaviours and results - unless you actively choose your work triggers, you’re ‘dancing to someone else’s tune’, just like you are in a casino.

Marshall Goldsmith, in his book ‘Triggers’, astutely points out the power triggers have over us: 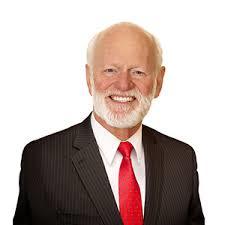 "We think we control our environment but in fact it controls us.”

“Their impact is profound. In every waking hour we are being triggered by people, events, and circumstances that have the potential to change us."

Stack the odds in your favour...

Consciously choose your work environment triggers and you set yourself up for greater success.

Manage your triggers with structure...

When cooking, using a recipe means you’re using structure to simplify the complexity of cooking and increase the odds of a fine meal. You’re managing your cooking environment triggers.

Structure works for the best of leaders...

Alan Mulally was president of Boeing Commercial Aircraft. In 2006 he became the CEO of Ford Motor Company. When Alan retired from Ford in 2014, Fortune magazine ranked him as the third-greatest leader in the world, behind Pope Francis and Angela Merkel!

“No idea looms bigger in Alan’s mind than the importance of structure in turning around an organization and its people.”

Goldsmith worked with Mulally and when faced with a $12.7 billion loss the year Mulally took over at Ford, structure featured large:

“When Alan arrived at Ford he instituted weekly Thursday morning meetings, known as the Business Plan Review, or BPR, with his sixteen top executives.

“No side discussions, no joking at the expense of others, no interruptions, no cell phones, no handing off parts of the presentation to a subordinate.

“Each leader was expected to articulate his group’s plan, status, forecast, and areas that needed special attention. Each leader had a mission to help – not judge – the other people in the room.”

As with a shopping list or recipe, Mulally managed the work triggers by structuring the meetings tightly therefore limiting the options the senior team at Ford could use.

In a similar way, you could easily argue that Twitter’s success is partly (mostly) down to the structure of 140 characters that Twitter used when it began.

Click here to get to the checklist for working triggers...

The pre-flight checklist airline pilots use limits their options too. It has resulted in the safest form of transport known to the human race.

“Imposing structure on parts of our day is how we seize control of our otherwise unruly environment.”

Environment builds both motivation and discipline...

We all know what highly motivated looks like – Adam Peaty training at Loughborough, every day except Sundays, swimming 7 miles every day plus gym and land training sessions, and psychology sessions too. All in a well-planned and structured schedule. 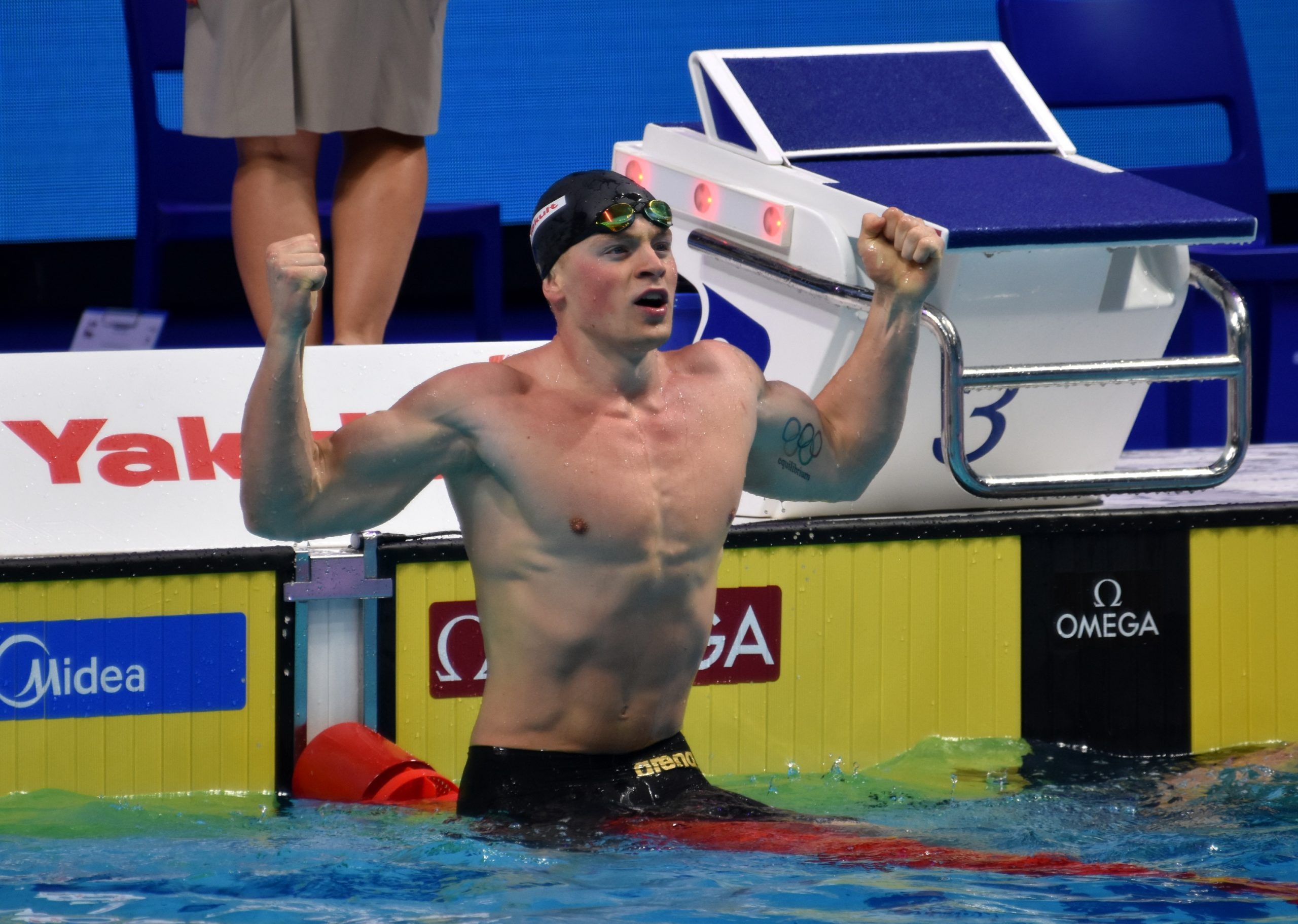 How else do you become a multiple gold medal winner? Environment and structure helped Adam become the world’s first man to break 57 seconds for the 100m breaststroke (56.88 at the 2019 world championships in South Korea).

Peaty’s coach, Mel Marshall, knows the importance of environment and structure – it’s why she moved training from Derby to Loughborough where the environment includes a world-class sports-science facility.

Never under-estimate the resistance to change...

The well-known phrase ‘Old Habits Die Hard’ is proven to be mostly wrong with a basic understanding of neuroscience. A more accurate phrase would be ‘Old Habits Never Die’ (more on the way the brain gets hardwired in the downloadable tools).

This is why change is tough – new behaviours are struggling against old well entrenched habits.

“Achieving meaningful and lasting change may be simple – simpler than we imagine. But simple is far from easy.”

Why not make fledgling triggers visual and noisy!

Tracking the weekly performance of a production team or a sales team can act as an environment trigger for your people.

If you create a quiet trigger like an excel report that people can access on their PC when they want to, what sort of impact will that make? Instead make performance loud and obvious on a display scoreboard located where the team works. This will trigger more powerful high-performance behaviours.

Your guide to improving your work environment to support your business success...

We are mostly unconscious of the triggers in our working environment, destructive or constructive triggers that prompt behaviours that can undermine or support our business and personal success.

If a casino can invest in creating an environment that triggers maximum betting by their ‘punters’, you can set up your work environment to support your business success:

Use work structures to drive the triggers, behaviours and results you want for your business

“How could something so simple as an agenda or other checklist structure trigger better results in a complex business like ours?”

The life of an airline pilot has many structures, none more important and valuable than their pre-flight checklist. This checklist is arguably responsible for the safest form of transport known.

Arranging the structure of your diary is simple but can profoundly increase your productivity. Nothing is as simple as ‘do important tasks and projects first’. Leaving them ‘til the end of a busy day sets you up for low quality, slow work – this isn’t good for business!

“My team have a special way of working and nothing will ever change that!”

Yes, “Old habits never die” makes change tough. But customer expectations are changing – they demand more for less. And so, change is necessary to survive and thrive in business.

Why not show your team how the brain works (see downloadable tools) and discuss how being resistant to change can hold business back and threaten job security?

NB Two of Alan Mulally’s executive team at Ford felt this way too. They considered repetitious activity as mundane, uncreative, somehow beneath them. It wasn’t long before they were no longer part of Ford’s leadership team.

“Everyone’s exhausted from doing their day-job, when do I get time to remove the wrong triggers and install the right triggers?”

Repetition is the key to installing habits and so small steps, well timed, can help – Rome wasn’t built in a day!

Also, it so often goes undetected how being depleted because of a busy day impacts our mental, physical and decision making ability.

Turn timing (structure) to your advantage to prevent exhaustion or depletion holding you back – discuss change, triggers, structure and environment when you and your team are fresh (in the morning, on a Monday)

NB On a side note, find out how depletion results in longer sentences for prisoners – without anyone realising! See the downloadable tools.

“How do I know that a more supportive work environment will deliver better behaviours and results?”

Alan Mulally from Boeing and Ford was entirely convinced that a weekly executive meeting structure helped turn Ford round from losses of $12.7billion.

The structure he imposed triggered both reporting and behaviour changes that helped Ford succeed.

Improve your work environment and you improve the results of your business...

So why not take charge of the triggers in your work environment to deliberately limit options and decision-making and prompt the best working behaviours and results?

See your work environment as a source of behavioural triggers

Take responsibility for your work environment, don’t leave it to chance.

Some of your work habits are preventing you from achieving your best results. Knowing that habits are a response to triggers means you must identify these triggers and remove them from your working environment. See the downloadable tools for a process to help.

Having removed the unhelpful triggers, choose triggers that will sponsor, support and encourage the behaviours that will support your success.

Use work structures to help drive the triggers, behaviours and results in your business

“Marshall’s focussed, practical and insightful approach will help you in leadership, but even more important, it can help you in life!”

Goldsmith shares illuminating stories from his work with great global leaders and how they focus on work-environment triggers to grow their businesses. His stories and insights can help you and your business.

To help you identify and implement your work triggers and improve your working behaviours (habits) and results use the support tools and resources. 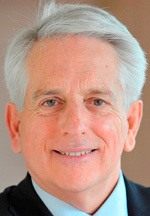